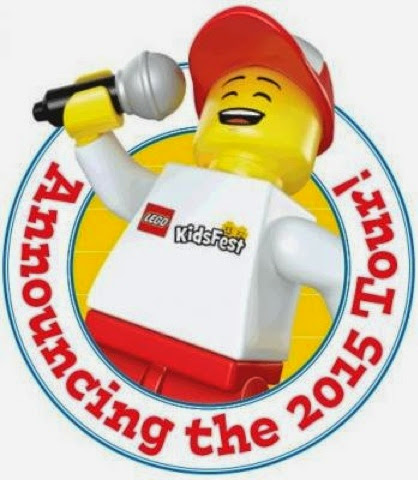 The LEGO® KidsFest kicks off its seventh year on the road with new tour stops in St. Louis and Nashville and a return to some popular markets.

In its seventh year of touring, LEGO KidsFest is visiting a few less markets this year to focus on its new LEGO Creativity Tour.

“With the pilot of the LEGO Creativity Tour in Biloxi, Mississippi in December, we expect to be sharing some news about new tour dates early next year,” said Vince Rubino, Events Manager for LEGO Systems, Inc.

“Right now through year’s end, our focus is on testing new concepts and continuing to deliver an amazing and fun-filled LEGO experience for families around the country.”

Covering more than three acres of space, the LEGO KidsFest extravaganza brings all of the hands-on, minds-on fun of LEGO building and experience together in an activity-filled event for all ages and builders of all skills.

Five sessions — all identical and 4½ half hours in length — are held at each tour stop. LEGO KidsFest tickets can be purchased atwww.LEGOKidsFest.com.

Some of the activities at the shows include:

Based on sell-out attendance in previous markets, advance ticket purchase is strongly encouraged. Tickets for all 2015 tour stops are on sale at www.LEGOkidsfest.com.