Did you know 1 in every 4 women have experienced some type of domestic abuse?

Think about that ratio for a minute. One out of every four of your friends is facing or has faced some type of violence or abuse. Now do you realize that you probably don't even know who they are? That's because it has been silenced and shamed for so long. Women have thought it was their fault and kept it to them selves, never seeking help or even comfort. 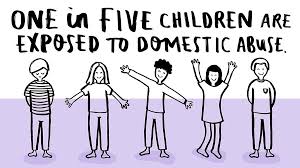 Did you know I am that 1 in 4? When I finally told those that I thought were people that I could trust and would be there for me for emotional support,  I was let down. I had some great support but there was the ones that didn't believe me. I actually think that hurt more than any of the abuse I went through. All I wanted was comfort of knowing people cared about me and I wasn't the horrible person I was told I was. 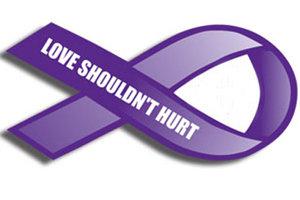 I guess what I wanted to get out of this is to tell you all to have open ears and open hearts. The things we may not always think we can handle but we can always bring it to prayer with God. Do not let your friend or your neighbor be silenced. Do not let yourself be silenced. God can change hard hearts and heavy hearts, we just have to open up those silenced hearts first.

Abuse can come in many forms. It's not always physical. It can be a mental break down of who you are. They could be controlling of you and what you do. 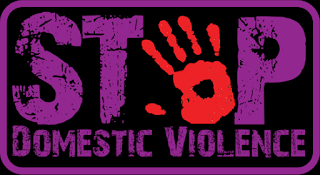 While it is terrifying to believe an abusive  person has been studying you like a book. He knows your strengths, weaknesses, blind-spots, emotional reactions and what lengths you are willing to go to, better than you do. That is because he has been studying you, testing you and training you like a dog to react a certain way. And that is no exaggeration, such people are expert manipulators. You are playing against a stacked deck already. No matter how confident, self-assured or competent you think yourself, realize that he knows your strengths and weaknesses before hand and is building his strategy around that knowledge.

If you are in a marriage that is controlling I belive that is a form of abuse. You really do have some choices before you move out. As a Christian woman we want to do what is right and try to save our marriage. You can give your husband the choice of being controlling or of being frustrated. The reason we get frustrated in our lives is that things we want to happen don’t. That doesn't mean we have to use it against those we are married to.

For example: you might want to buy a new pair of shoes. He yells {the normal way to try to control is to use intimidation} at you, and you respond sweetly: “I’ve thought about your request that you should go buy them for me with what you think is in budget, but I think I can pick some out with in the same budget and it will allow me some time out of the house. But thank you for the offer to help me, I just really enjoy shopping for my own shoes” He says: "You’re just selfish.” You could say: “I love you and and it will be nice for me.” If he is prone to violence, have the phone near by to call 911 if he threatens you physically. If he hits you, call the police and have him arrested. It’s against the law to hit women for not wearing what you want them to. On the other hand, he might decide to start respecting you when you decide to start respecting yourself and taking a stand for yourself as a partner in the marriage. When controlling people don’t get their way, they will end up frustrated. Some people don’t have a high tolerance for frustration. Those people do not make good candidates for a strong relationship such as marriage. A controlling person will not change without your first making some decisions about the quality of your and your children’s lives, and without YOU making some changes.

With any violence we have to stand up for ourselves. That doesn't mean put the boxing gloves on and get in the ring with them. That means known your worth as a person, as a woman, and then as a wife. Even in a marriage you are not less than the man you are married to. You are his partner to stand with him. He is to lead you to the path of honor. If he isn't then you have the job to take the lead of your own life and and lead the way there. Just know you are not alone ever.
Posted by Earthy Mama at 12:58 AM